I'm Paul Hunter and I've been a canal enthusiast since I was a schoolboy at Uxbridge where I was privileged to see the last of the real working boats carrying for a living - Blue Line, willow Wren and British waterways.

I acquired my first boat whilst still at school - a dilapidated wooden cruiser for the grand sum of £17 and by buying doing up and selling a variety of dubious vessels eventually scraped together enough money to buy my first narrow boat.

Now, many years later (but let's not go into that) I am the proud owner of "Capricorn" (of which more below) which I usually keep at Bugbrooke so I have somewhere to make a cup of tea or have a snooze after a hard day of chatting to moorers and pretending to do some work.

I have now owned Bugbrooke Marina for over 11 years now and have worked hard to preserve the attractive surroundings and friendly informal atmosphere. 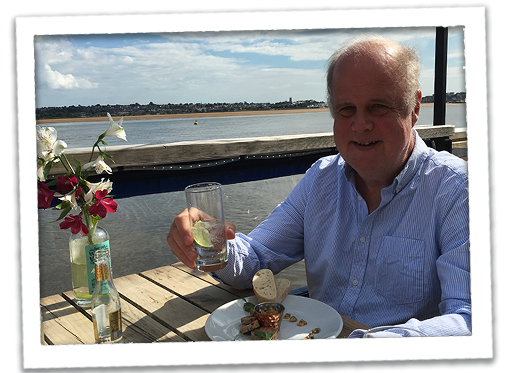 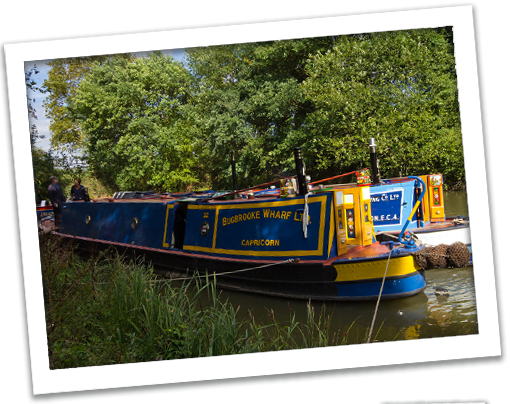 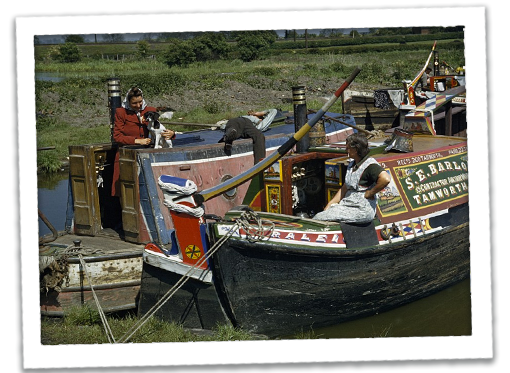 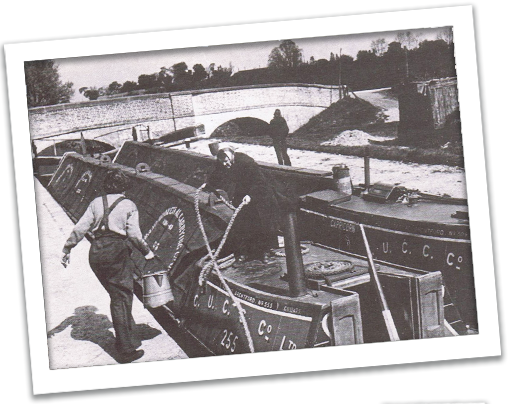 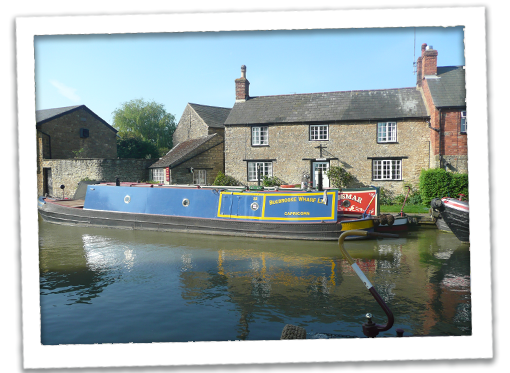 Capricorn is a historic narrow boat, more specificallly a Small Woolwich motor narrow boat ordered as part of the vast expansion of the Grand Union Canal Carrying Company and delivered by Harland and Wolff in January 1935.

The boat does not appear to have been much used owing to a shortage of crews made worse by the arrival of the larger Town Class boats the following year.

However in 1943 it was selected as one of the boats involved in the Women’s Training Scheme, an enterprise similar to the Land Army and intended to attract women crew to the boats and replace men away fighting in the war. Capricorn was crewed by the trainer Daphne French and is immortalised in the book “Idle Women” by Susan Woolfitt, idle women being the name given to the trainees as a result of their wartime badge bearing the initials I.W. Of course working the boats was very hard work for those unaccustomed to it so they were in fact anything but idle.

One of the trainees was a lady called Olga Kevelos who on one trip brought along a young male friend who was an aspiring chef. To the irritation of the rest of the crew, he apparently was very little help, took no interest in the boating and spent most of his time down in the cabin cooking. His name was Clement Freud , later to become one of the first celebrity chefs, Liberal MP and star of dog food commercials.

After the war Capricorn was again laid up for lack of crew and work and was eventually in 1952 transferred to the maintenance division and based at Hartshill on the Coventry Canal.

In 1964, surplus to requirements, Capricorn was sold off to be converted to a pleasure boat and was shortened to 49ft at Charity Dock Bedworth. British Waterways had a policy at the time of insisting that the new owner change the name, and he selected the rather extraordinary name “The Poot.” Whilst an online dictionary suggests this word refers to “a brief flatulatory experience, later enquiries revealed that it was named after the owner’s favourite cat.

Subsequently returned to its original name and a more traditional style, Capricorn has recently had its back cabin rebuilt at Brinklow Boats and has been repainted in the colours of British Waterways in the 1950s.